Safety in a neighbourhood has become a major concern by any potential home buyer, current residents and property developers alike as the value of a property can be affected if the crime is rampant in the neighbourhood.

Crime prevention and safety in any neighbourhood actually goes beyond gates and guards. Crime still occurs in many developments and townships because many developers fail to implement Crime Prevention through Environmental Design (CPTED).

As its name suggests, CPTED is a multi-disciplinary approach to deter criminal behaviour through environmental design. Its strategies rely upon the ability to influence criminal decisions by affecting the built, social and administrative environment of the neighbourhood. What are CPTED features? Building design – If a building design is well planned out, it can help to deter crimes while if done wrong, could encourage and increase crime rates. An example is shown as the picture above. A ‘blind wall’ is where a wall has no windows, lights, doors or any openings. Having cars parked at a blind wall area creates the perfect opportunity for car theft, as there is no natural surveillance from the residents. It is also dark thus allowing criminals to lurk around these areas. Developers should take note of this, or at least ensure that blind wall areas have enough lighting and surveillance. Walkway – Residents usually use the sidewalk for jogging, walking and running but they are also prone to criminal activity such as snatch theft. Planting bushes or placing a barrier along the sidewalks can help prevent snatch theft. The bushes or railing will act as a barrier between the criminal and the victim. Roads – Are the roads wide enough? Is the road a one-way or a two-way road? Most people do not realise that according to research one-way street roads encourages snatch theft. 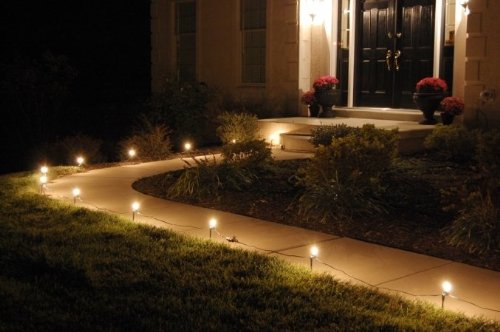 Lighting – Is there adequate lighting provided? Good lighting is one of the most effective crime deterrents. When used properly, light discourages criminal activity, enhances natural surveillance opportunities, and reduces fear. A constant level of light providing reasonably good visibility should be maintained at night. The objective should be to light up the criminal without spotlighting the victim.

Fencing – The first line of protection is the fencing. Do take note of the fencing lining the external perimeter of the neighbourhood. Is proper fencing used and is it in good condition? Ideal fencing would be made of sturdy material and stand at a height of 8 feet. Also, the design of the fencing should not allow it to be easily scalable, making climbing it possible.

To sum it up, the best way to prevent crime is to create an environment which is not conducive for crime to take place. Some features stated above should be implemented in the design of the neighbourhood to give the peace and mind for the home owners. Though the first step would be for developers to implement CPTED in their designs but ultimately, every individual is responsible for protecting our home and neighbourhood.